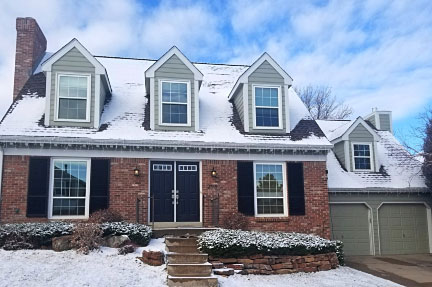 The beginnings of Littleton can be traced to the “Pikes Peak” gold rush of 1859. Along with the gold-seekers came merchants and farmers to provide the necessities of life. As the fledgling metropolis of Denver City began to grow, the need arose to construct a series of ditches to carry water to farms and businesses without ready access to rivers and creeks in this arid land. Among the engineers hired to lay out this system was young Richard Sullivan Little of New Hampshire. Surveying in an area several miles south of Denver, Little fell in love with the site of present-day Littleton. Upon filing a home stake and other land claims, Richard brought his wife Angeline from the East in 1862, the dry climate all but curing her asthmatic condition, and began to farm. The Littles joined with several neighbors to build the Rough and Ready Flour Mill in 1867, providing a solid economic base in the community for years to come.

In 1872, the Littles filed a plat to subdivide much of their property into the village of Littleton. When the Denver and Rio Grande Railroad reached the area in 1871, settlement began at a rapid pace. By the time of Colorado’s statehood in 1876, there were schools, churches, a hotel, stores and many of the other trappings of civilization. In 1890, the 245 residents voted to incorporate the Town of Littleton. A milestone in the history of Littleton came in 1902 when the old Arapahoe County (dating from pre-Colorado Territory days) was divided into Arapahoe, Denver, Adams, Washington and Yuma Counties. Then-Governor Orman named Littleton the temporary county seat, placing it in a favorable position to defeat rival Englewood in the general election in 1904. Gaining the permanent county seat brought not only government employees and businesses, but all of their support services. Littleton’s place among Colorado’s cities was assured.

Agriculture remained the staple industry of Littleton until after World War II. Beginning with electronics and pneumatics, moving to munitions and finally to aerospace, manufacturing became the important employer and a magnet for the boom in housing development during the fifties, sixties and seventies. Littleton added Arapahoe Community College in 1965 and Chatfield Reservoir in 1972 to further enhance its appeal. When Littleton celebrated its centennial in 1990, its population had grown to 33,661. By 2014 the population of Littleton was 44,669. In 2015 the city celebrated the 125th anniversary of its founding.

The content relating to real estate for sale in this Web site comes in part from the Internet Data eXchange (IDX) program of METROLIST, INC., DBA RECOLORADO © Real estate listings held by brokers other than Keller Williams are marked with the IDX Logo. This information is being provided for the consumer's personal, non-commercial use and may not be used for any other purpose. All information subject to change and should be independently verified. See Disclaimer Listing Data last updated: March 30, 2020 21:00 MST Service by Buying Buddy IDX CRM